The council of Fashion Designers of America honoured Ralph Lauren for his unparalleled impact on the landscape of American style.

(As per the article from https://www.ralphlauren.com.au/en/news/50th-anniversary-cfda?country=Australia)

Ralph Lauren is the first American fashion designer to be recognised with an honorary British knighthood. The insignia will be presented to the creative, businessman and philanthropist by a representative of the Queen during a ceremony next year.

"Mr Lauren has played a key role in forging transatlantic cultural and economic connections," said Antony Phillipson, British Consul General to New York and Her Majesty’s Trade Commissioner for North America. "As creator and visionary of the Ralph Lauren brand worldwide, he has been a vanguard for the global fashion industry and American style for nearly half a century. In addition, monumental philanthropic efforts, especially in the realm of public health, cancer research and treatment in both the US and the UK, have led to benefits felt by citizens around the world.”

(As per article from the British Vogue: https://www.vogue.co.uk/article/ralph-lauren-knighthood-services-to-fashion)

Carla Zampatti My Life, My look 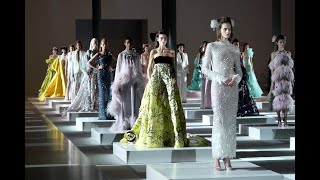